London - Nov 2021
Surinam Airways has appointed APG as its general sales agent (GSA) in Europe. The flag carrier of the Republic of Surinam currently operates two non-stop flight a week between Amsterdam and the capital Paramaribo, a third flight will be introduced shortly.

Under the new agreement, APG will be providing wide-ranging sales and marketing activities for Surinam Airways as well as full customer and agent support in 39 European markets, including the UK. Surinam Airways has been flying to Amsterdam since 1975 with connections from many European cities including cities in the UK.

Surinam Airways is already a member of BSP UK and has also signed to join APG’s interline e-ticketing solution now with over 100 client airlines. 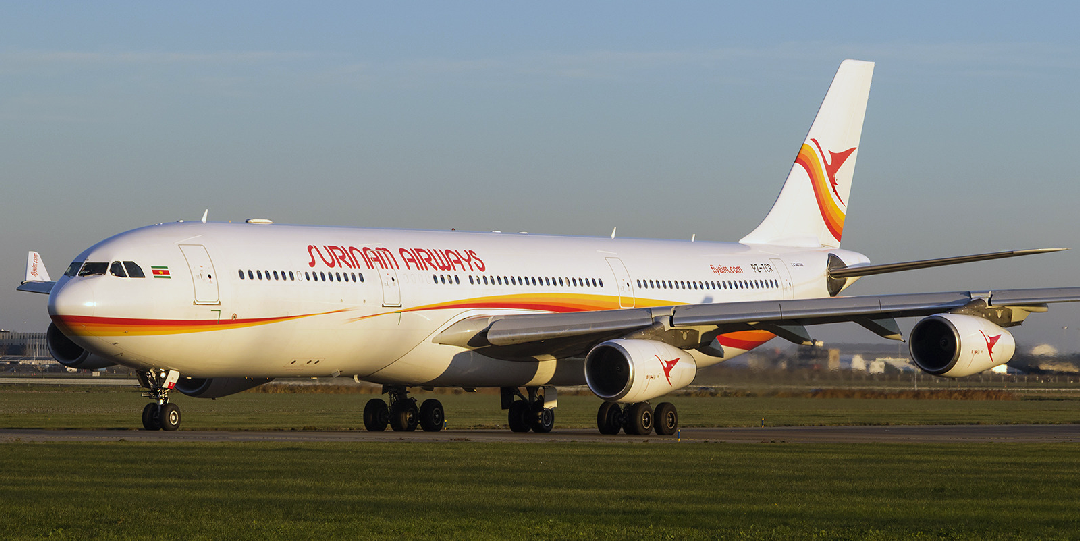 Third flight to Amsterdam
Surinam Airways (PY), also known as SLM, currently operates two non-stop flights a week between Amsterdam and Paramaribo. Flight PY 993 departs from Amsterdam on Wednesday and Sunday at 10.20 a.m., arriving in Paramaribo at 03.50 p.m. local time. Return flights (PY 994) from Paramaribo are also on Wednesday and Sunday, leaving the Surinam capital at 19.00 p.m. and arriving the next day in Amsterdam at 08.00 a.m. A third flight a week – on Friday – will be introduced starting December 17th.

The flights to Amsterdam are operated by an Airbus A340-300 or Airbus A330-200 (as of March 2022). The cabin configuration consists of a business class and economy class. On board passengers can enjoy a full-service concept and gourmet catering. At a small fee of 10 euro an additional suitcase can be taken on the flight.

Paul de Haan, CEO of Surinam Airways commented  “We are pleased to present APG as our general sales agent in Europe. APG has the world's largest and most successful passenger and ​cargo GSA airline representation network. Their extensive European network and long-time experience and expertise will help us to build up our presence in Europe. It is the ambition of Surinam Airways to give traffic to and from Amsterdam a boost in the post-corona area, as well as to open new destinations in Europe either direct or through partnerships.”


Alan Daniels, Director of Sales & Operations, APG UK commented “We are very proud that Surinam Airways has given us their trust to represent them in Europe. We are excited to expand their brand awareness in the UK and grow tourist and business traveller numbers to this great country.”

About Surinam Airways:
Surinam Airways is the flag carrier of Surinam, officially known as the Republic of Suriname, a country on the north-eastern Atlantic coast of South America. Founded in 1953, the airline operates from its home base at Johan Adolf Pengel International Airport (PBM) in Paramaribo. Besides the route to Amsterdam, Suriname Airways flies to destinations in South America, the Caribbean and the United States.

About APG:
With over 100 offices covering over 170 countries, APG offers a comprehensive and innovative approach to airline distribution for over 200 airline clients worldwide. APG offers not only global online and offline representation but also interline e-ticketing solutions, BSP, ARC and TCH support services as well as state-of-the-art NDC distribution solutions, all aimed at reducing costs and maximising an airline's yield and revenue potential.